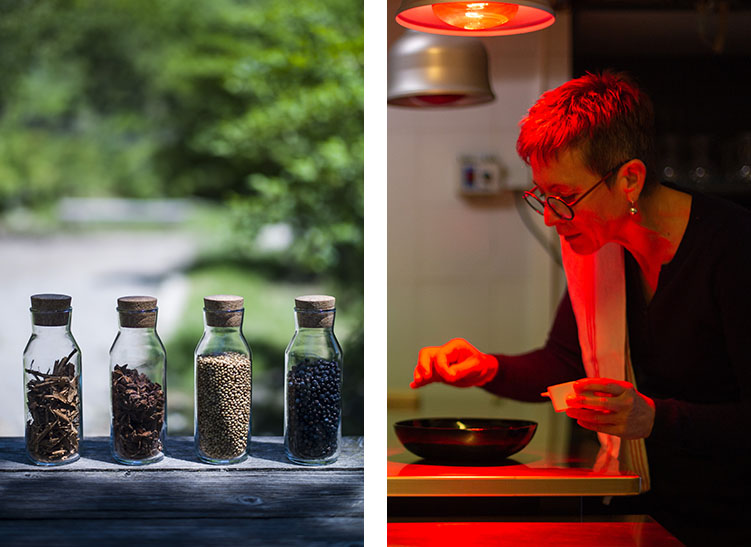 Passionate about cuisine from a young age, Xavier took a break from his studies to pass the CAP (National Diploma) in Cooking at l’Ecole Supérieure de Cuisine Française – Ferrandi. Following that he continued his apprenticeship learning from Guy Savoy in Paris (3 Michelin stars) and later by working with his friend Eric Menchon at the Moissonier in Cologne (2 Michelin stars).

His skills have been recognized by the Gault and Millau Guide with his cooking being recommended at “La Table de Guil” in Eygliers and at our previous restaurant, César and Rosalie’s, in Nantes, also referenced in the Fooding Guide.

And because piano can also be played with 4 hands, it is with Sandrine that all recepies are invented and prepared.